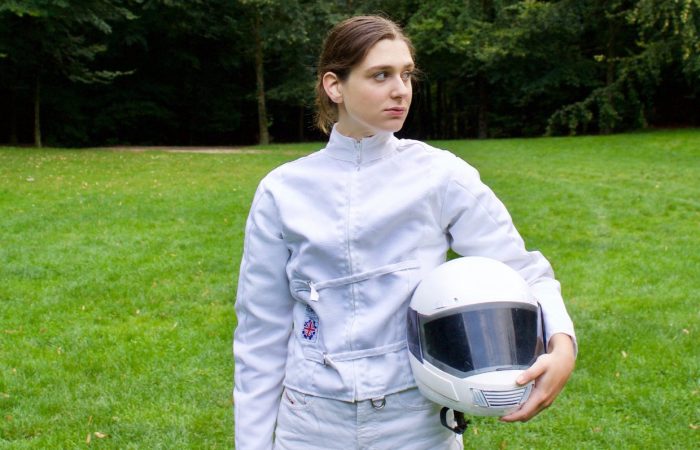 It requires willpower, luck and skills to become number one, but you need a huge heart to be the second. A performance by two millennials who prefer participating over winning. In a world where it is all about being the best, they bring an ode to the ones who became second.

July 20th, 1969, 9:17 pm CET, the first man on the moon. five hundred million people watched it live on television and even more listened to the radio. Where were you when the second man entered the surface of the moon, approximately 20 minutes later? Did you turn off the television? Did you go to bed already? If you did, you missed Buzz Aldrin walking on the moon. In this solo performance, directed by Bregt van Deursen, Ilse Geilen shows another human being. With a loving look, she shows you the world where people win, become first and where people don’t win and become second.

This performance is dedicated to Charlotte Jacobs, Ismene, Sven when he stopped a few minutes earlier than Ilse during the shuttle-run test, the 0,01 of Pedro Veniss, Jim Bakkum, but especially Buzz Aldrin. Because of all people who have ever lived, Buzz Aldrin was the second person who stepped on the surface of the moon.