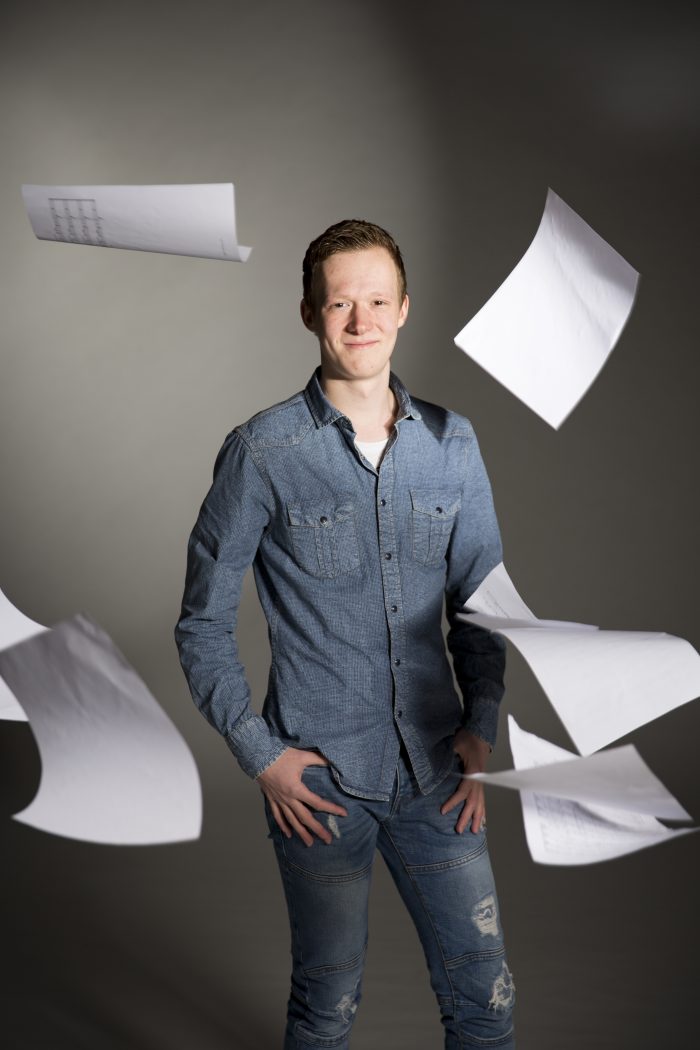 When I was a child, I was already fascinated by film and music. I sang melodies that I had heard on television, all day long. Since the age of twelve I started taking piano lessons and after that, I saw the opportunity to write down and develop small compositions that I’ve had in mind. When I was sixteen, I began to focus more on composition than playing the piano. I noticed that I could compose easier if a piece was based on pictures and events. Because of this, I discovered my real passion: composing for film.

After I had decided to become a filmcomposer, I started to study at musicube academy in Bonn, Germany. After I succeeded this study, I received the certificate ‘Film Scoring and Production’. In 2016 I began studying for a bachelor’s degree in ‘Composition for Film and Theatre’ at ArtEZ University of the Arts in Arnhem, The Netherlands. During my studies I have had the opportunity to follow an internship with film and trailer composer Joep Sporck in Los Angeles, United States. I have received my bachelor’s degree in July 2020 and graduated with an 8 in Dutch academic grading (comparable to an A in US/UK academic grading). At ArtEZ I followed, among other subjects, the following subjects with the undermentioned teachers:

Meanwhile I compose and produce music for various fiction and non-fiction films. I have cooperated with directors from Los Angeles, Chicago, New York City, Edinburgh, Sofia and Utrecht.  Besides film, I also compose music for dance and theatre. Once in a while I also compose some autonomous pieces. During my studies I’ve had the opportunity to have my pieces performed by amazing musicians as Orkest de Ereprijs and the Matangi Quartet.

Although I compose in many different styles and emotions, generally you can describe my music as imaginative, slightly melancholic, narrative and it will often have melodic elements. My music works the best in animation films and films with a romantic touch. I prefer to write in classical orchestral setting, but I am open to every musical challenge. Therefore you can also find modern compositions and pop-productions in my projects.